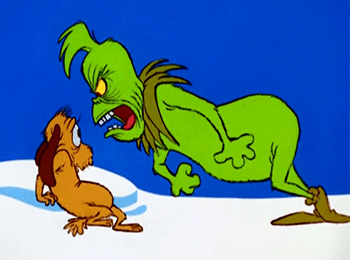 In many works, villains wear green or have green skin. This may be because green seems like an alien color since it doesn't appear naturally in humans. It is also the color of many reptiles and amphibians. Green is often associated with poison and envy. Green skin is often a feature of the Wicked Witch.

Heroes who oppose such villains often choose red as their signature color, resulting in a Red/Green Contrast.

A Sub-Trope of Good Colors, Evil Colors and Secondary Color Nemesis and Super-Trope to Sickly Green Glow. Watch out for Green Is Gross.

Bobby Worst really is the worst and his color motif is green and black.

The Sons of Samedi

Bobby Worst really is the worst and his color motif is green and black.

The Sons of Samedi