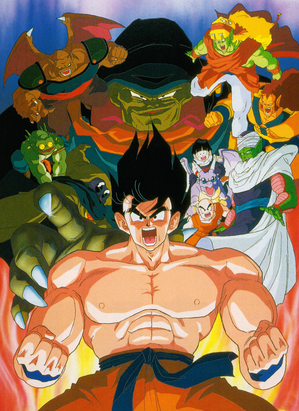 When an asteroid nearly destroys Planet Earth, a space ship emerges from the asteroid and lands on Earth. The new terror is Lord Slug, a nomadic alien who plans to destroy all life on Earth, and the only one who can stop him is Goku.