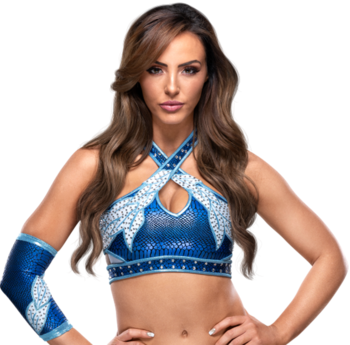 McIntosh made her professional wrestling debut in February 2009 at Pro Wrestling Women's Alliance (PWWA) as KC Cassidy, and competed on the independent circuit with multiple promotions for several years, becoming a one-time Prairie Wrestling Alliance (PWA) Women's Champion. McIntosh signed a contract with WWE in 2015, and was assigned to NXT, where she met again with an old real-life friend from high school and the independent wrestling scene, Jessie McKay, who was now working as Billie Kay. The two would form an alliance called the Iconic Duo, and would debut on the main roster on the SmackDown after WrestleMania 34 (with their team now called the IIconics). Almost a year later, they would win the newly-created WWE Women's Tag Team Championship for the first time at WrestleMania 35. Royce was released from WWE alongside Kay on 15 April 2021.