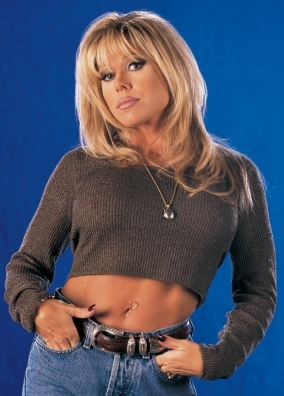 She later joined the WWF, debuting at the Royal Rumble 1996 as Marlena, a gimmick modeled after Marlene Dietrich; the coolly, cigar-smoking, seductive, nonchalant and mysterious manager of her then real-life husband Goldust. The Marlena gimmick would disappear in the aftermath of Goldust's feud with Brian Pillman, which was cut short after Pillman's death in the middle of the storyline. Runnels later re-emerged in 1998 under her real name, where she would form the Pretty Mean Sisters alliance, had both The Hardy Boyz and Edge and Christian vying for her services in the Terri Invitational Tournament, had a feud with The Kat, managed The Radicalz stable, and worked as a host and interviewer. During her time with the WWF/E, she briefly held the Hardcore Championship, her only championship during her career.