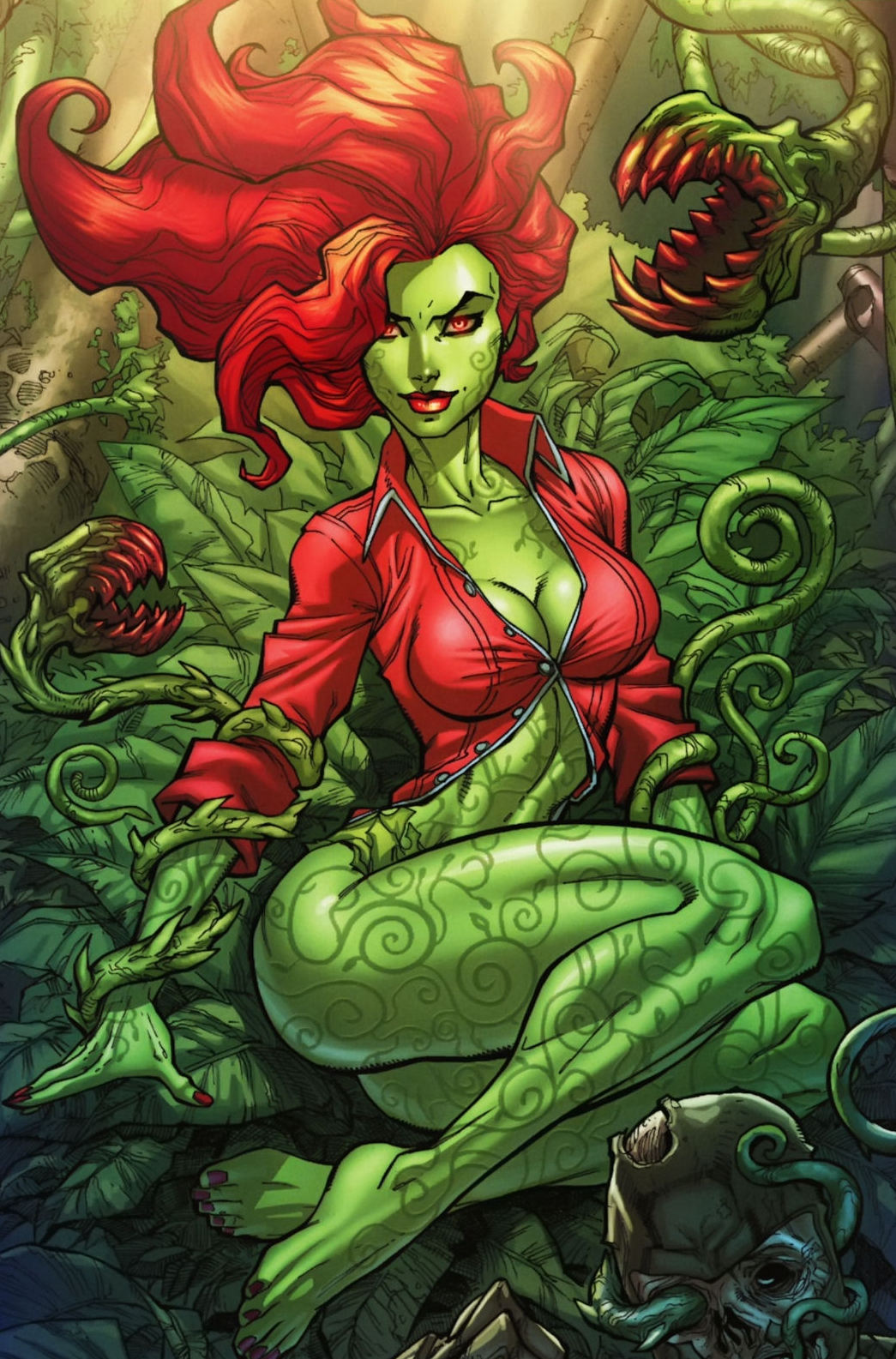 Poison Ivy (real name Pamela Isley) is a DC Comics supervillainess known to be one of Batman's main adversaries.

Poison Ivy was created by Bob Kanigher in 1966 as a villainous Expy of Bettie Page, as well as a replacement villainess for Catwoman, who had graduated from an Anti-Villain into an Anti-Hero. She was also meant to be DC's take on the then-recent feminist movement, as she would be an independent villainess not tied to any other villain as their Baroness or lover. At her core, however, she is a Femme Fatale and one of the deadliest in all of comics.

Her most consistent origin is that of a botanist named Dr. Pamela Isley who has an obsession/affinity for plants. Following some type of lab accident (which may or may not have been caused by corrupt supervisors/backers), she becomes the eco-terrorist known as Poison Ivy. Though she started out as a Badass Normal only using plants as her gimmick, due to several levels taken in badass and many Retcons, she has gained more and more powerful Green Thumb abilities over time, as well as pheromone powers and various forms of poisons and toxins (usually delivered by kisses). She is also sometimes revealed to be half plant herself. This makes her one of the rare Batman villains that has legitimate superpowers.

She, like Catwoman before her, has become more and more sympathetically portrayed as time goes on, although unlike Catwoman, she isn't always a love interest for Batman, though there have been stories implying something deeper between them. However, she has gained a regular Love Interest in Harley Quinn, who is better known as the Joker's girlfriend and sidekick. In 2015, DC editorial confirmed that Ivy and Quinn are sexual partners, making them one of the most prominent same-sex couples in comics. Both women have also become affiliated with the Suicide Squad and the Birds of Prey, making them very ambiguous Heel Face Revolving Doors.