Spoilers for all previous Danganronpa installments, as well as this game, will be left unmarked. You Have Been Warned! 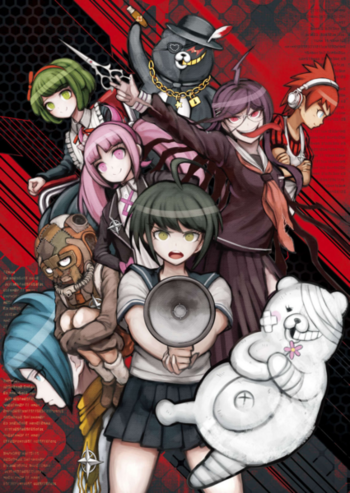 Beyond hope lies absolute despair.
I won't give up anymore! I won't fall into despair!
— Komaru Naegi
Advertisement:

Kotoko is triggered into a panic attack when she hears the word "gentle" due to her childhood sexual abuse.

Kotoko is triggered into a panic attack when she hears the word "gentle" due to her childhood sexual abuse.