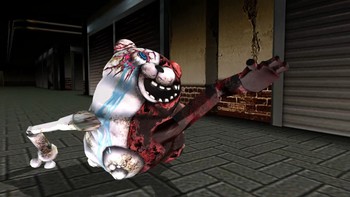 Not all Monokumas have to be cute.