This page lists the characters of Danganronpa Another Episode: Ultra Despair Girls.

It's virtually impossible to list tropes for these characters without spoiling everything or creating Self Fulfilling Spoilers, because of the large amount of surprising reveals that the game uses, much like the rest of the Danganronpa franchise.
Beware of spoilers for Danganronpa 3, especially concerning this game's main characters. 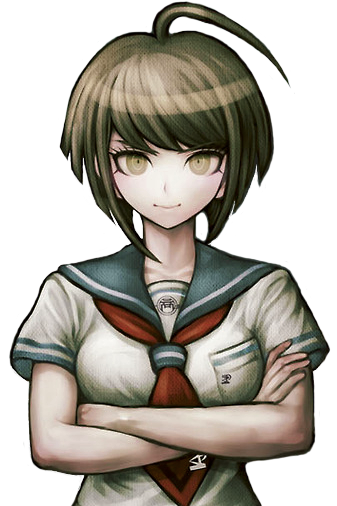 The younger sister of Makoto Naegi, hero of the Killing School Life. Komaru has spent the past time over the incident living as a hopeless prisoner in Towa City. Escaping after Monokuma attacks her apartment, she acquires a Hacking Gun from Byakuya to fight the Monokuma hordes. Unlike her older brother, who has been seen as the Ultimate Hope since the end of the first game, she has no special talents to call her own.

Toko Fukawa is the Ultimate Writing Prodigy, and one of the survivors of the Killing School Life. She possesses a Split Personality in the form of Genocide Jack, a notorious serial killer. She usually changes between the two when she sneezes, but in the time since the killing game, Toko has discovered that she can also trigger a personality switch using a controlled jolt of electricity (such as from a stun-gun). What's more, this method will also cause her to automatically change back to Toko after a fixed period of time, giving her some measure of control over Genocide Jack. 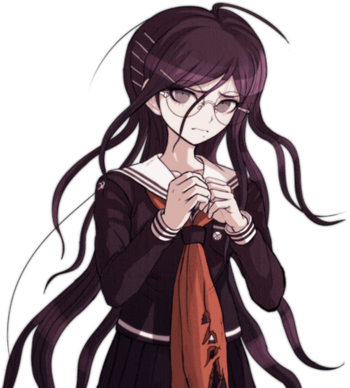 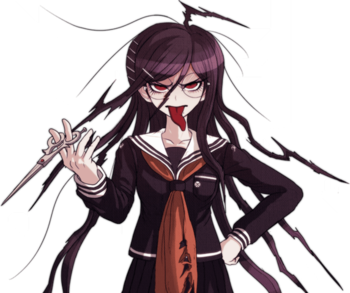 General
The primary villains of the game, a group of children who plan to kill all the adults in Towa City and create an "adult-free paradise" for all children.
"Hero" Masaru Daimon 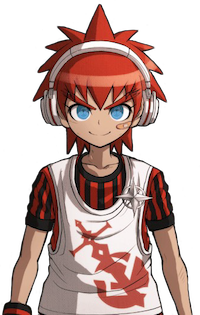 The leader of the Warriors of Hope. Cheerful and naughty in nature, his specialty is physical education. 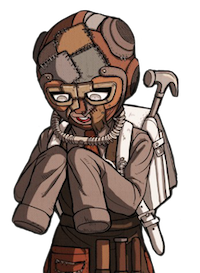 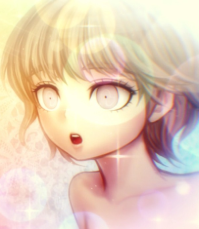 The priest of the Warriors of Hope. His specialty is arts and crafts, as he’s good at drawing and fixing things. He’s hated by those around him, but doesn’t mind it at all. 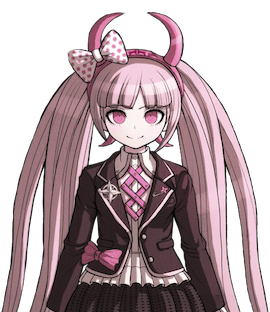 A former child star who functions as the "Fighter" of the Warriors of Hope. She is hotheaded and absolutely adores cute things. 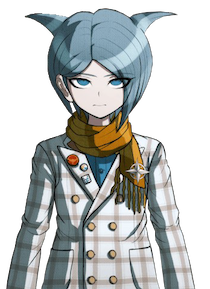 The vice-leader of the Warriors of Hope, Nagisa has been raised from birth to be a high achiever. Thanks to this, he speaks and acts far more maturely than the others, making it clear he doesn't like taking part in their constant games. 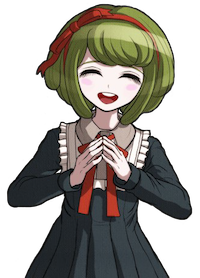 The mage of the Warriors of Hope. A cheerful girl described as the life of any party, she loves homeroom for the opportunity to converse with her classmates. Of course, as implied in her introduction, she primarily converses with people for the sake of them being nice to her-she's a pretty awful person once you get past her politeness. 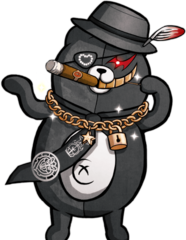 The personal adviser of the Warriors of Hope. 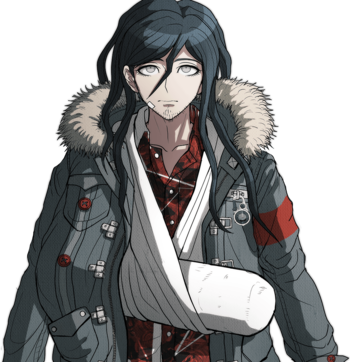 The leader of the Adult Resistance fighting the Warriors of Hope and the son of Towa City's founder. His right arm is covered in an orthopedic cast. 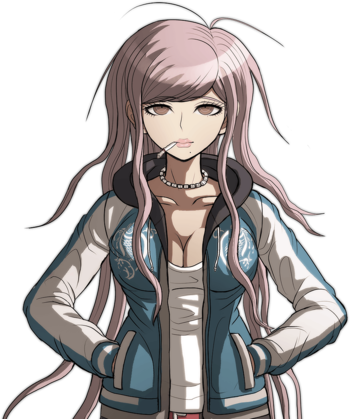 Mother of Yasuhiro Hagakure, the Ultimate Clairvoyant and one of the Killing School Life survivors. An open-minded woman who subscribes to a 'live and let live' philosophy. She asks Komaru to bring her any Hit List Profiles she can find so that she can track down the other targets of the Warriors of Hope. 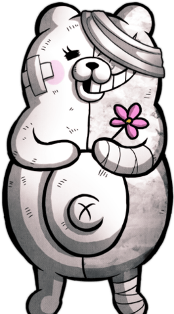 An all-white version of Monokuma who serves as the mascot for the Resistance.

List made of 14 individuals who are all survivors of The Tragedy and are the dearest remaining loved ones of the students that participated in the Killing School Life. It's heavily implied each of them were featured in the videos that became the first murder motives in Chapter 1. Now, every single person in the list is considered as a "demon" and is a target for assassination for Warriors of Hope. Komaru, Hiroko, and Taichi are among the people listed. Presenting one of their profiles to Hiroko will unlock a chapter in Ultra Despair Hagakure, a light novel included in the game. 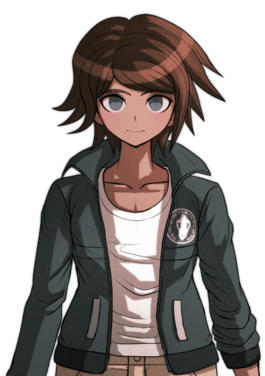 A young boy said to be very naïve, but cheerful. He seems to like sports, much like his sister Aoi. 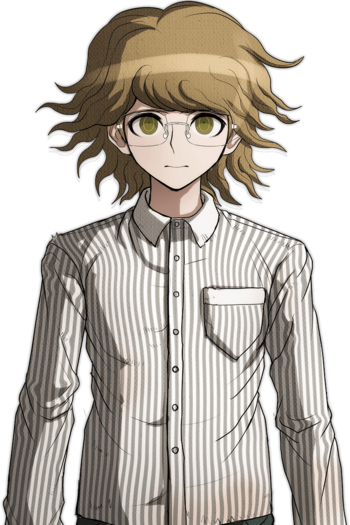 The father of Chihiro Fujisaki, the Ultimate Programmer who was killed in the Killing School Life. Like his son, he is a meek hearted individual with a slight build, and is great with computers. 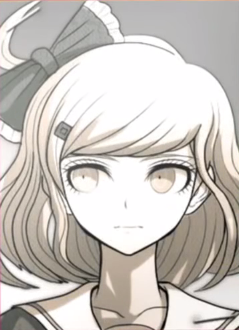 Leon Kuwata's cousin and another target of the Warriors of Hope. Protagonizes alongside Yasuhiro Hagakure the extra novel Ultra Despair Hagakure.

All the training she did to stalk her cousin and to win the bet they had set finally pays off after The Tragedy, for she's shown to be amazingly competent in combat and a sharp shooter. Luckily for Yasuhiro. 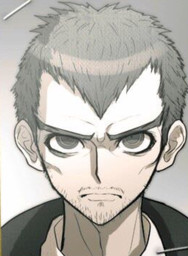 Kiyotaka Ishimaru's father. A police officer, as well as the son of a former Prime Minister. 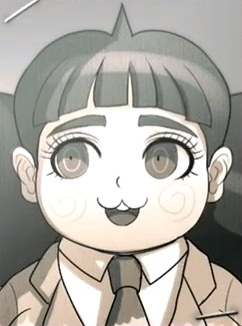 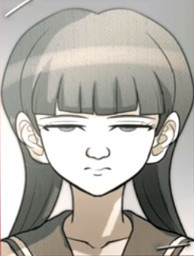 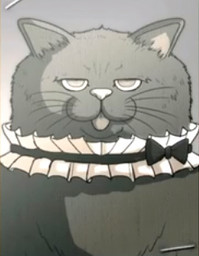 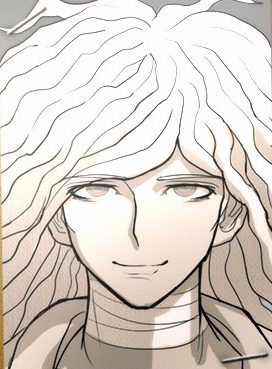 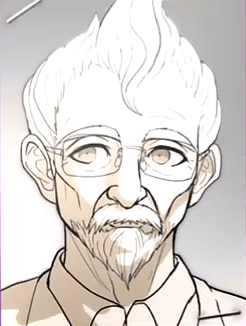 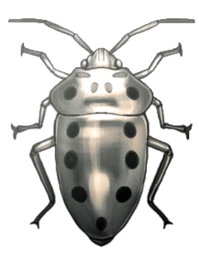 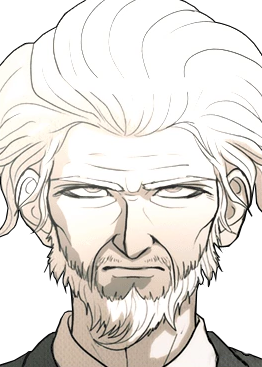 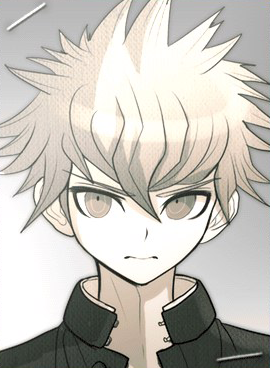 A member of Mondo Owada's gang. 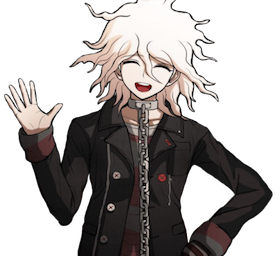 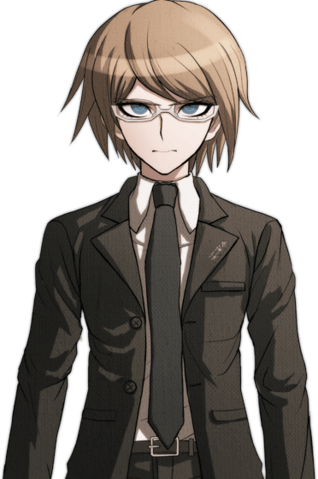 One of the survivors of the Killing School Life, heir to the now destroyed Togami Conglomerate and object of Toko's affections. Now a member of the Future Foundation, he is the one who supplied Komaru with her hacking gun. He is subsequently captured by the Warriors of Hope, and Toko's attempting to rescue him. 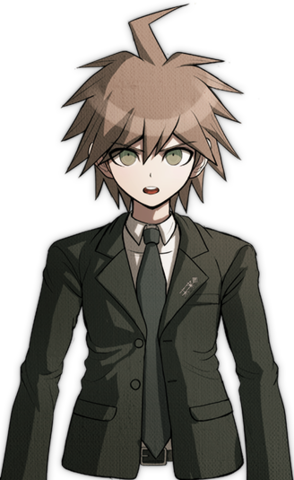 Komaru's older brother, and the hero of the Killing School Life. Now a member of the Future Foundation, Makoto supports his sister throughout the story. 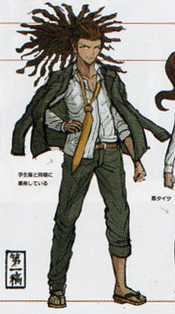 One of the survivors of the Killing School Life, and a member of the Future Foundation's Reserve Squad. He's featured as the protagonist of Ultra Despair Hagakure, a light novel included in the game that follows his adventures alongside Kanon Nakajima as they roam Towa City at the same time the events of the main game happen.

Kanon's cousin and the object of her affections, who was executed as the first killer of the Killing School Life. 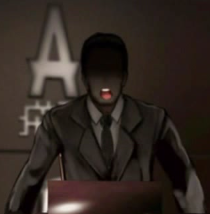 The head of the Towa Group, as well as father to both Haiji and Monaca. Was brutally murdered by a horde of Monokuma during the initial takeover.