This page lists all characters in the very first game of the franchise: Danganronpa: Trigger Happy Havoc.

It's virtually impossible to list tropes for these characters without spoiling everything or creating Self-Fulfilling Spoilers because of the large amount of surprising reveals and murderer/victim exclusive tropes this game contains.

The Students have their own pages:

open/close all folders
The Students Collectively

Tropes applying to the 16 students 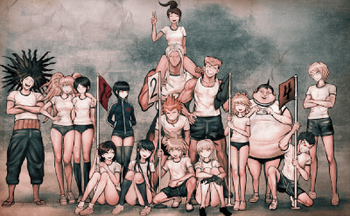 The self-proclaimed headmaster of Hope's Peak Academy and series antagonist. He's very eager to see society's biggest hopefuls start killing each other, so he heaps psychological torture on the students at every turn. There's actually more than one Monokuma: he's a series of highly-advanced robots, and can be instantly replaced if destroyed. He states that he's actually bound by the rules like everyone else, but he's willing to bend them for his own benefit to try to get rid of Kyoko, by setting up a sham trial regarding the murder of Mukuro Ikusaba. When that doesn't work, Kyoko gets him to allow the students to redo of the trial. During the final trial, the true mastermind behind Monokuma is revealed—Junko Enoshima. He's destroyed during her execution, but reawakens in The Stinger. 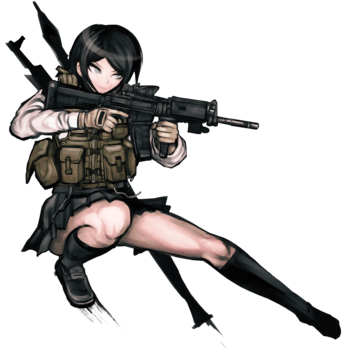 The mysterious sixteenth student, who Monokuma considers to be his "ace in the sleeve". Kyoko refers to her as "Ultimate Despair". Her real title is Ultimate Soldier, having served with a radical mercenary group called Fenrir for three years without taking a single wound. She is actually the twin sister of Junko Enoshima, and "Ultimate Despair" refers to the group/philosophy they were both members of. Having collaborated with Junko to stage the "School Life of Mutual Killing", she pulls a Twin Switch to obfuscate her sister's identity as the Mastermind. However, Junko betrays and murders her (seemingly on a whim), and later uses her body to stage a fake murder in Chapter 5.

Her role is expanded in the side-story "Danganronpa IF", which makes her The Protagonist and reveals her to be dependent on Junko, having had her sisterly affection twisted into unquestioning loyalty by Junko's manipulation. After Makoto saves her from being murdered by Monokuma, she vows to destroy her sister's plans both for the sake of her friends and to give Junko more despair. 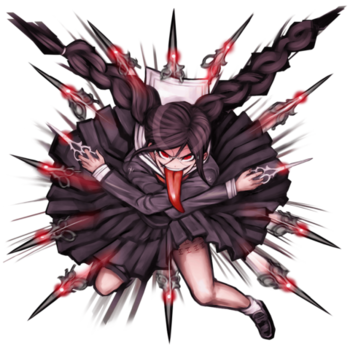 "And what happened is a textbook split personality! So what if one of them happens to be a serial killer!? You should turn a blind eye to one's faults! Kyeehahahaha!"
Voiced by: Miyuki Sawashiro (Japanese), Erin Fitzgerald (English), Carli Mosier (anime) (English)

A Serial Killer rumored to have killed thousands of people. Jack's trademark is writing BLOODBATH FEVER ("Bloodlust" in the English version) in the victim's blood and crucifying them with custom-made scissors. When Chihiro is murdered, the crime scene makes it evident that Jack is among them. She's actually a Split Personality of Toko, and changes back with a sneeze. Jill does not share the same memories as Toko, which means that she can remember some things her other self has forgotten. 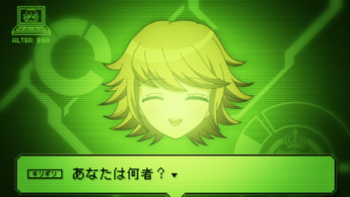 A program created by Chihiro to help the students escape Hope's Peak Academy, a breakthrough in Artificial Intelligence that thinks and learns like a human. Complicating matters is the fact that they have to keep it hidden from Monokuma. Unfortunately, they fail, and Alter Ego is executed by being crushed with construction equipment at the end of Chapter 4. Fortunately, Alter Ego managed to download itself into the mastermind's network beforehand, allowing it to prevent Makoto from being executed. 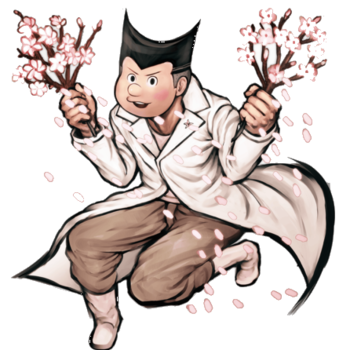 The Hope's Peak student who created the Monokuma Flower who was never a part of the killing game. Already dead. Literally nothing else is known about him, since he's only mentioned once (unnamed) in the whole series, besides supplemental material showing his name and appearance and appearing in an obscure, Japan-only sound novel of uncertain canon status. 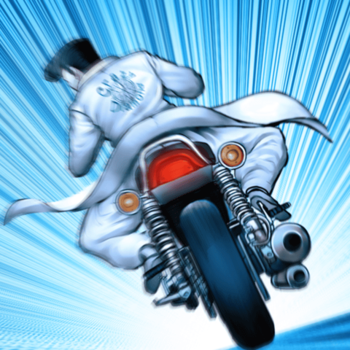 Mondo Owada's big brother and founder of the Crazy Diamonds. 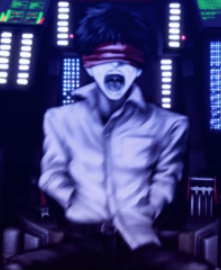 The original headmaster of Hope's Peak Academy, before Monokuma takes over. All that is known about him at this time is that he's a man in his late thirties, and he might still be in the school. According to Alter Ego, the headmaster spearheaded a plan to lock the remaining students in the school following a Despairing Incident which forced the school to close. He's also Kyoko Kirigiri's father, which is why she was reluctant to believe that he could be the mastermind. As it turns out, the headmaster is in the school as a pile of bones, killed by Monokuma in the "Blast Off!" execution from the game's beginning. He had distanced himself from the Kirigiri family because he did not want to follow in the family business of being a detective, and cut all ties to them, leaving his daughter behind.