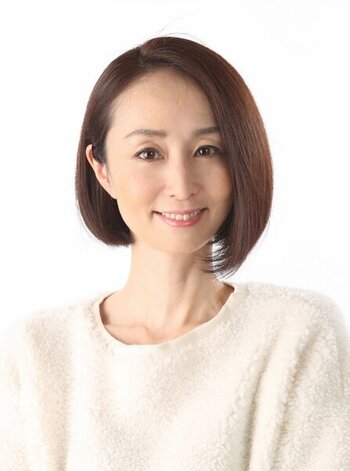 Describe Megumi Toyoguchi here. Got it?

No need to worry!, Megumi Toyoguchi (born January 2, 1978 in Machida, Japan) started her love in anime as a Dragon Ball fangirl. Then she got promoted to a seiyuu. Her parents opposed her dream of being a voice actress but now apparently relented.

She got her start as Alice in 1998's Alice SOS. Since then, she is hired for more roles. She mainly voices girlish-type characters (Strawberry 100%'s Tsukasa Nishino), with the occasional Badass role (Revy in Black Lagoon).

She is a talented singer, though admittedly not that good. Obsessed with dogs, Megu has a pet Shih Tzu named Sachi.

In many of her works, she plays the older female to Kōki Uchiyama's younger male.