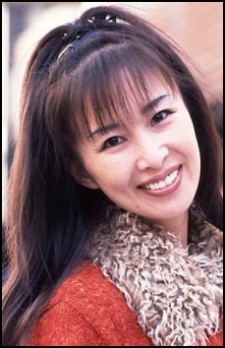 Michie Tomizawa (富沢 美智恵), born October 20, 1961, is a semi-retired seiyu. She is best remembered for her two most iconic roles Rei Hino/Sailor Mars in Sailor Moon and Sumire Kanzaki from Sakura Wars.

She's apparently is fluent in English, and really likes performing image songs and suchlike either all in

Tomizawa's best known as a voice actress but is also, like her character Rei, a singer, and has done some live-action work, including the very popular NHK dorama Oshin. She is also a trained stuntwoman and once took part in a TV appearance showing off her skill

She briefly retired in 2001 to marry, but became semi-retired shortly after. Subsequently she shocked some longtime fans by converting to Christianity.