Spoilers for this game, as well as all preceding Sakura Wars entries, will be left unmarked. You Have Been Warned! 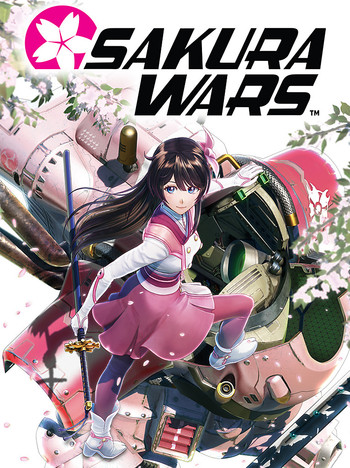 Its story takes place in 1940, 12 years after So Long, My Love. At that time, the original Combat Revues in Tokyo, Paris, and New York have disappeared during the Battle of Tokyo. With the demons finally eradicated and the formation of the new World Luxury Operatic Federation (WLOF) in 1931, many cities such as London, Shanghai, and Berlin now have revues of their own, and the Combat Revue World Games have been held every two years since 1936. With the now cash-strapped Imperial Combat Revue on the verge of dissolution, Sumire Kanzaki (voiced by Michie Tomizawa) contacts Seijuro Kamiyama (Yohei Azakami), a young naval ensign, to lead a team of actresses and soldiers from the new Flower Division—now consisting of swordswoman Sakura Amamiya (Ayane Sakura), shrine maiden Hatsuho Shinonome (Maaya Uchida), Greek actress Anastasia Palma (Ayaka Fukuhara), ninja prodigy Azami Mochizuki (Hibiku Yamamura), and Luxembourger noblewoman and mage Clarissa "Claris" Snowflake (Saori Hayami)—to usher in once more the Revue's Glory Days.

An anime television sequel, titled Sakura Wars the Animation, was directed by Manabu Ono of Horizon in the Middle of Nowhere fame and animated by Sanzigen Animation Studio (who also animated the cutscenes for the video game itself), and premiered on April 3, 2020. It features the Moscow Combat Revue in a supporting role.

Additionally, an official manga called Shin Sakura Taisen the Comic is running in Shueisha's Weekly Young Jump magazine. A prequel light novel called Shin Sakura Taisen the Novel: Hizakura no Koro was written by Ayumu Mugi and was released on December 19, 2019. A spin-off, Sakura Revolution Blooming Maidens, was released on December 15, 2020; it took a huge Time Skip into an alternate version of 2011.