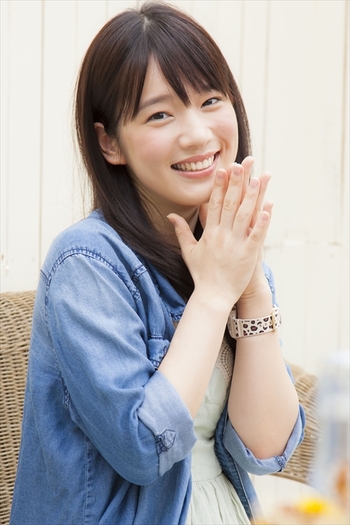 Maaya Uchida (born December 27, 1989 in Tokyo) is a female seiyuu. She's mostly finding home in voicing cute young girls, but curiously she made herself known in the world of voice acting in a live action role as Hiroyo Hakase in Hikonin Sentai Akibaranger. Afterwards, she starts popping out in various anime, occasionally getting lead roles, thus starting up her bright career. She is highly regarded as the Queen of Chuunibyou, having voiced icons such as Rikka Takanashi, Ranko Kanzaki, and the Drama CD version of Megumin.

Along with her illustrious voice acting career, she started a solo music career in 2014 under Pony Canyon with the single "Soushou Innocence". Her music career quickly bloomed from there, gaining much success and popularity both with the public and on the charts.

Not to be confused with Aya Uchida or Maaya Sakamoto. Has a brother who is also a voice actor, Yūma Uchida.