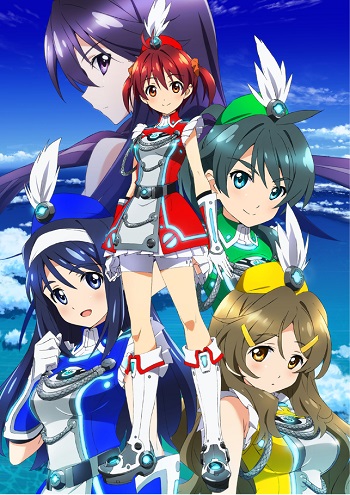 Vividred Operation is an anime that is directed by Kazuhiro Takamura, who had previously directed Strike Witches and began airing on January 11, 2013.

In a futuristic world where the development of a new power source, the Manifestation Engine, resulted in the resolution of an energy crisis five years previously and rendered warfare unnecessary. Akane Isshiki is a girl who lives a peaceful life with her family on the island of Ima Oshima, but when the appearance of an unknown alien force, the Alone, threatens the world and the Manifestation Engine, Akane must take up a special combat suit created by her grandfather, known as the Vivid System, and defend the world.

The series is available for streaming on Crunchyroll