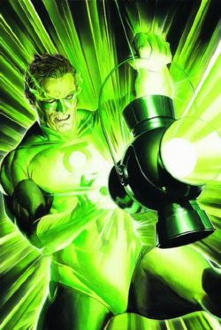 Speculative Fiction and Fantasy have a great many devices, vessels, abilities, and powers, and they have to run on something! That is what this trope is about. Be it Phlebotinum, Dilithium Crystals, Mana, electric catfish, or spinach, there are many and varied Power Sources for a story's fantastic features to run on.

Power Sources have two basic characteristics: Nature (natural, scientific, magical; neutral, good, evil) and Replenishment (infinite, automatic, harvested, finite). In terms of Replenishment, some power sources are naturally replenishing and perhaps limited only to "needing an hour to cool off" or a good night's sleep. Others need to be harvested in some way, be it a vampire feeding off humans or a robot plugging into a wall. Other power sources are "always full," or "infinite", so a hero or starship never has to worry about refueling. This can remove a source of plot complications, and may seem a bit unfair when others get their Power at a Price. Thusly, these tend to get stolen or short circuited. A lot.

In terms of Nature, the sky is the limit. Two heroes with exactly the same power can fuel it with different things, or some can use exactly the same Power Source for two radically different powers. For an especially interesting dynamic, a hero and villain may be powered by mutually weakening energies, for example one using The Power of Love to fight a Hate Fueled foe.

Here are some sample Power Sources.

Scientific* including Magic-Powered Pseudoscience power sources can be:

Mundane power sources can be:

Morality-Neutral, Good, and Evil power sources may include:

Some sample Replenishment for Powers Sources: