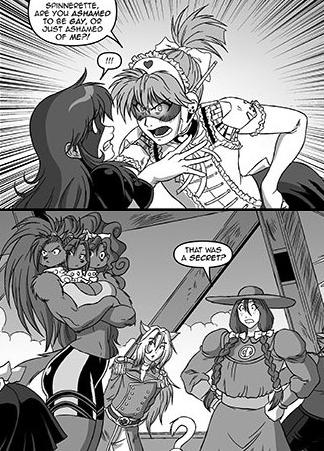 A character is ready to reveal their secret. Maybe they're gay, maybe they're a vampire, maybe they're a superhero, or maybe they're the one who stole the cookies from the cookie jar. All that matters is that they've kept this a secret for a while, and now they're ready to come clean. However, when they finally tell the truth, the only shocked reactions they get, if any, are at the realization this was supposed to be a secret. Everyone already knew.

Transparent Closet is a common subtrope, where a character's sexuality isn't as much of a secret as they think it is. See also Open Secret where it's painfully obvious from the get-go that no one is fooled by the secret. The metafictional version, where a writer reveals a twist that the audience already figured out, is the Captain Obvious Reveal.

Expect spoilers below, as the revelation that a character knew a secret all along may or may not already be known to the audience.

Alternative Title(s): The Not Secret, Everyone Knew Already, Everybody Already Knew