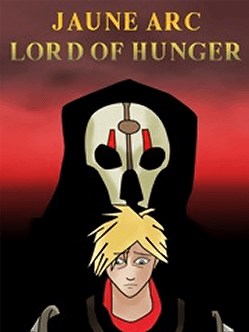 "I just... I just wanted to be a hero."
"Jaune... he's been having... dreams. Memories even, of another man he's never seen before. A warrior that Jaune believes gave him his powers. And not just his power... Jaune, he thinks the man's memories or personality may be overriding or merging with his own. Anyone could tell that Jaune is different now. He's... he's becoming dangerous, both to himself and to others."
— Pyrrha Nikos, "Chapter 16: Destiny"
Advertisement:

On his way to Beacon Academy, a chance encounter leads Jaune to stumble across a strange artifact, a white mask which calls out to him. Thinking little of it, he takes the mask with him to Beacon, unaware of the horror he has just unleashed upon the world...

The story explores what happens when Jaune is possessed by the spirit of Darth Nihilus and gains all the latter's abilities. The fanfic also serves as a continuation of Darth Nihilus' story in Knights of the Old Republic II: The Sith Lords, and ties up a few loose ends from the Star Wars Legends continuity.

The story can also be found here

Now with an extensive Character Sheet and a Recap page.