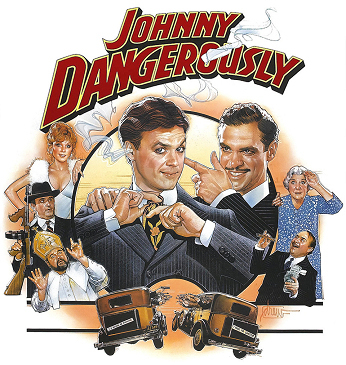 The movie begins its light-hearted path with an Animated Credits Opening featuring images of Manhattan locales set to "Weird Al" Yankovic's song "This Is The Life". We are introduced to the owner of "Kelly's Pet Shop," Mr. Kelly, who apprehends a would-be thief and, after being treated to a tough-guy attitude, begins to tell the tale of his own past... the criminal known as "Johnny Dangerously."

Holds the honor of being one of the first movies to be rated PG-13.