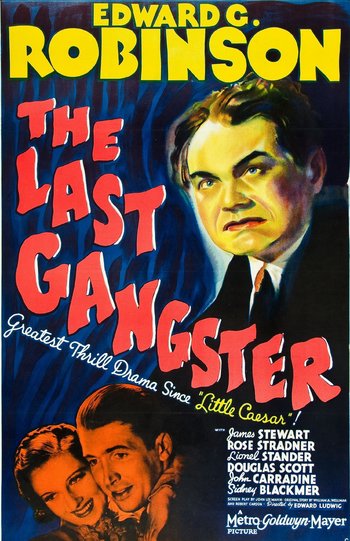 During Prohibition a hot shot gang leader, Joe Krozac (Robinson) returns from Europe with a new wife, Talya (Stradner). The Kile brothers have muscled in on his territory in his absence, so he orders their assassinations. Three are killed, but "Acey" Kile (Alan Baxter) survives. Soon after, Talya becomes pregnant, much to Krozac's delight. Tayla is blissfully unaware of Joe's murderous career, however.

Krozac is later sent to Alcatraz prison for ten years for income tax evasion, just before their son is born. After Talya visits her husband with their child, reporter Paul North (Stewart) plays a dirty trick on her, putting a gun in the baby's hands for a photograph. When Talya goes to his newspaper to plead to be left alone, his editor refuses to do so, but Paul is so ashamed of himself, he quits his job and strikes up a relationship with Talya. She gets a divorce and marries Paul. They move away and change their names to start a new life. However, ten years later when Joe is released from prison, he is determined to be reunited with his son and to get revenge on his former wife.