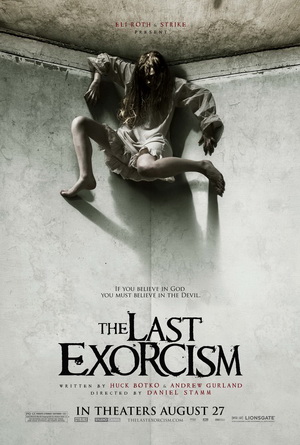 The film is told from the perspective of a disillusioned evangelical minister, who after years of performing exorcisms decides to participate in a documentary chronicling his last exorcism while exposing the fraud of his ministry. After receiving a letter from a farmer asking for help in driving out the devil, he meets the farmer's afflicted daughter.

The Last Exorcism has received generally positive reviews from critics, but polarizing reviews among general audiences.

A sequel titled The Last Exorcism Part II was released in 2013 focusing on Nell, who survived the events of the last film but with little memory of what occurred, as the evil force that once possessed her comes back with a more sinister intention.