Film / The Kings of Summer 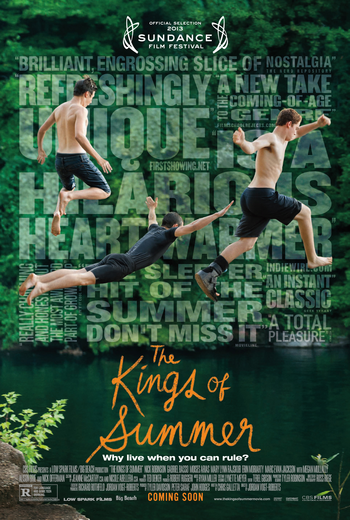 A 2013 American indie dramedy film about three teenagers, tired of living with their parents, who decide to spend their summer building a house in the woods and living off the land.