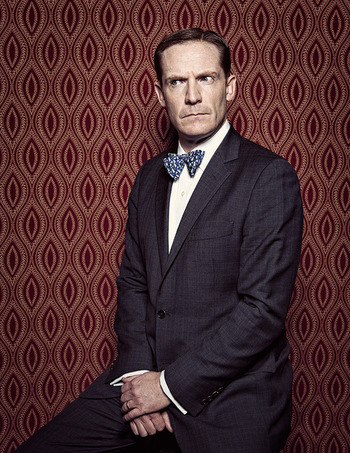 Jackson is perhaps best known for his many, many bit parts in comedic television, but his more notable roles include Kevin Cozner (husband to Andre Braugher's Holt) on FOX's Brooklyn Nine-Nine and attorney Trevor Nelsson on NBC's Parks and Recreation.

Outside of television, Jackson has appeared in the films The Kings of Summer, 22 Jump Street, and Kong: Skull Island.

He's also a frequent podcast personality, having provided the voice of Sparks Nevada on every episode of the the Thrilling Adventure Hour podcast, and appeared in an episode of Welcome to Night Vale. He hosts The Good Place: The Podcast and the official podcast for Brooklyn Nine-Nine.