Film / King of the Gypsies 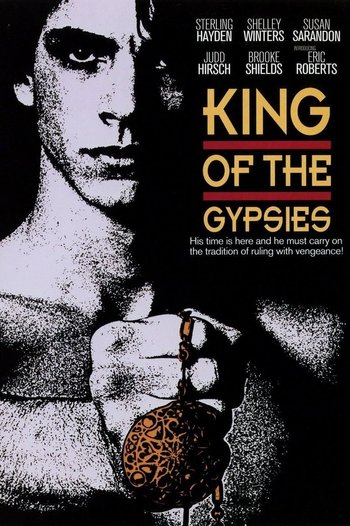 A 1978 American film directed by Frank Pierson based on the book of the same title by Peter Maas.

A group of Romani (gypsies) has to deal with the loss of their so-called king (Sterling Hayden), who left the position of leadership to his grandson (Eric Roberts), who is reluctant to take on the role. His father (Judd Hirsch) is angry that he was passed on the role and tries to have his son killed out of resentment.