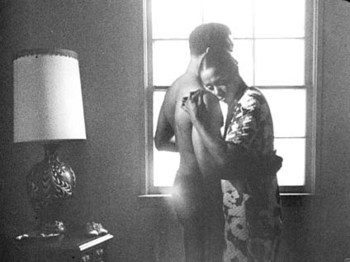 Killer of Sheep is a 1978 film directed by Charles Burnett.

Stan (Henry G. Sanders) is a black man living in the Watts ghetto of Los Angeles. He works in a meatpacking plant that slaughters sheep. His story is the life of the urban poor black underclass, struggling to exist in an unjust society. Stan's quiet despair about his lot in life has rendered him unable to sleep and robbed him of any sexual interest in his wife, and leads him to be overly strict with his two young children. Time passes, and things happen—the family plans to go to the racetrack, Stan wants to get an old car running—but little changes. Stan seems unable to break free of his existence.

For decades, Killer of Sheep was one of the most famous Missing Episodes in film history. The film was shot on No Budget by Burnett for his master's thesis, but it was filled with a rich soundtrack, featuring among others Dinah Washington, Paul Robeson, Earth, Wind & Fire, and Louis Armstrong. This made it completely impossible to show the film commerically as the rights to the soundtrack were far too expensive. For nearly thirty years the film was limited to free screenings at art festivals and the like. Finally, after a fundraising campaign that included a $75,000 check from Steven Soderbergh, the film was restored and released on home video in 2007.

Compare Felicia, a documentary short made in Watts about a decade prior to this film. See also Bless Their Little Hearts, a similar feature about life in Watts, written by Burnett but directed by Billy Woodberry.