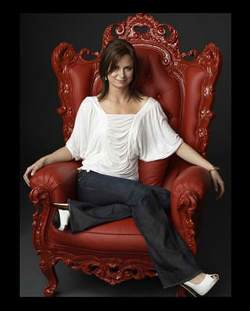 Mary Lynn Rajskub (born June 22, 1971 in Detroit, Michigan) is an American actress and comedian, best known for her leading role as Chloe O'Brian in the FOX action-thriller 24, although she remains highly active in stand-up. Her family is Czech and Irish through ancestry (her last name is pronounced as "Rice-Cub").

She began dating Matthew Rolph in 2008 and gave birth to their son that year. They married in 2009, but divorced a decade later. She's been open about being bisexual too, and has had past relationships with women.