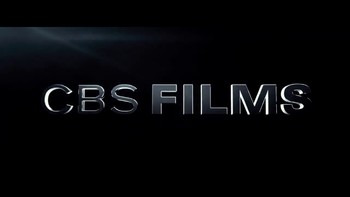 CBS Films Inc. is an American film production and distribution company founded in 2007 as a subsidiary of CBS Corporation and was considered a mini-major studio up until 2019.
Advertisement:

CBS has owned and operated three different film production units over the years. The first was Cinema Center Films, created in 1967 in response to the major film studios charging exorbitant prices for networks to obtain broadcast rights for films. CBS and ABC (who started ABC Pictures around the same time) decided that launching their own film companies would eliminate the middleman and give their networks a slate of films for which they already controlled the rights. The traditional film studios scoffed at these new ventures, dismissing them as vehicles for lightweight movies ultimately destined for TV airings. Still, CBS made an honest effort to turn Cinema Center into a legitimate film operation. Studio head Gordon Stulberg greenlighted an impressively eclectic lineup of productions, including dramas, Westerns, animation, comedies (including family-oriented and edgier styles) and even documentaries. One notable strategy for the studio was to make deals with with big-name stars who owned their own production companies, giving them a degree of creative freedom that the majors wouldn't have been willing to offer. John Wayne, Steve McQueen, Doris Day and Jack Lemmon all starred in Cinema Center presentations of films financed by their own companies.

Unfortunately, Cinema Center didn't prove to be profitable. The vast majority of its films lost money. Stulberg took a job with Twentieth Century Fox in 1971, and CBS, not willing to continue, closed Cinema Center in 1972. But in the next few years, CBS started making money from Cinema Center movies via syndication and cable airings, which prompted them to try again with the launch of a new division in 1979. It was officially named CBS Theatrical Films the next year. It focused on smaller movies meant more for TV sales than box office success. After a handful of productions the unit was closed in 1986.

The merger with Viacom in 2000 officially made CBS part of the same corporate family as Paramount, giving the network a de facto film division again, but corporate restructuring split CBS and Viacom in 2007. Wanting to keep a hand in film production, CBS created CBS Films. It initially did full productions, but after a while focused on acquiring independently-produced works. In 2019, CBS and Viacom re-merged. Paramount was once again aligned with CBS, so CBS quietly shut down CBS Films and switched its focus to creating original film content for CBS All Access (which became Paramount+ in 2021).

Many of its films were distributed by Sony Pictures or Lionsgate.