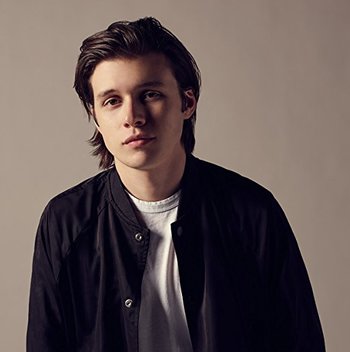 Having gotten his professional start in the ABC Family sitcom Melissa & Joey (which he served as a regular on for the entirety of its run), Robinson is best known for his role as Zach Mitchell in Jurassic World, the 2015 Continuity Reboot of the Jurassic Park franchise.

After his breakthrough in Jurassic World, Robinson found further success in film adaptations of YA novels. These include The 5th Wave (2016), Everything, Everything (2017), and Love, Simon (2018), the latter of which garnered him widespread acclaim as the title role.

Not to be confused with the former Polygon