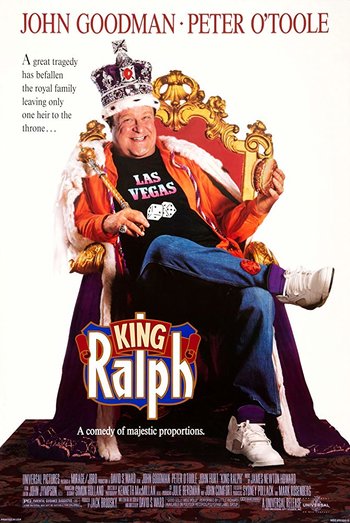 After a freak accident wipes out most of the British royal family, the only heir that can be found is American lounge singer Ralph Jones (Goodman). Accepting the job assuming he won't really have to do anything, Ralph soon learns there's more expected of him. He struggles to become a good king with the help of his chief advisor, Sir Cedric Willingham (O'Toole). A burgeoning romance with Miranda Greene causes problems. She is from a working-class family and is not considered an acceptable match for a king. He also has to deal with the machinations of Lord Percival Graves (Hurt), who is certain he could become king himself if only he could get Ralph to abdicate, and hopes to use Miranda to do so.

The film was loosely based on a novel by Welsh actor Emlyn Williams titled Headlong.