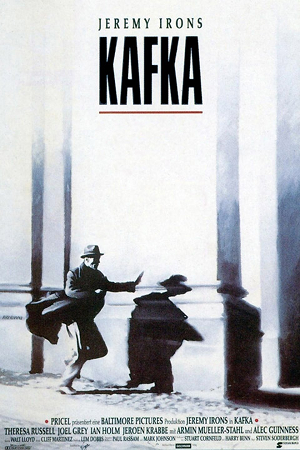 In 1919, Kafka (Irons) is a mild-mannered bureaucrat living in Prague. One day, his friend Eduard Raban dies in an apparent suicide. But was it really suicide? Don't be silly, of course it was murder. Trying to find out the truth and navigate the chaotic world he inhabits, Kafka gets involved with a resistance group that believes Raban was executed by the state and warns Kafka that he may be next.