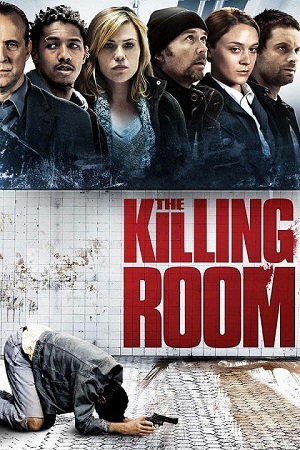 A group of four people sign up for a psychological research experiment. After they meet in a large, white room, they are then told that they will have to kill each other, as only one person will be let out alive.