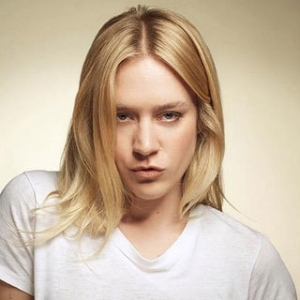 Chloë Stevens Sevigny (born November 18, 1974 in Springfield, Massachusetts) is an American actress, best known as Nicolette on Big Love and Mia on Hit & Miss. Her last name is pronounced "Sevenny."