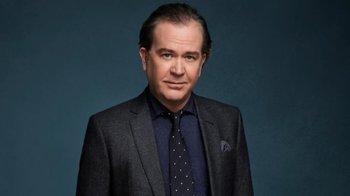 He is best known for Ordinary People and Leverage. His father was actor Jim Hutton.