Film / The Last House on the Left 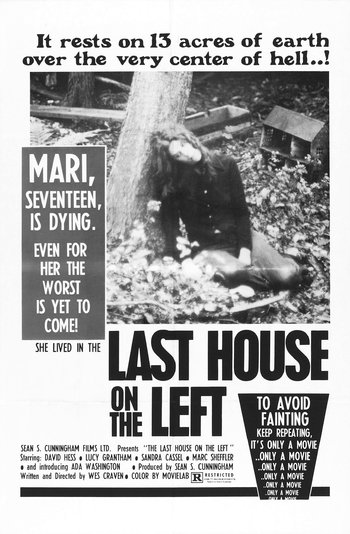 Wes Craven's 1972 debut picture, a loose reworking of Ingmar Bergman's Jungfrukällan (The Virgin Spring), tells the story of a group of psychopathic escaped convicts who kidnap, torture, humiliate, rape, and try to murder two teenage girls and then end up asking for refuge at (unbeknown to them) the home of the parents of one of the girls. This couple then find out who their guests really are...