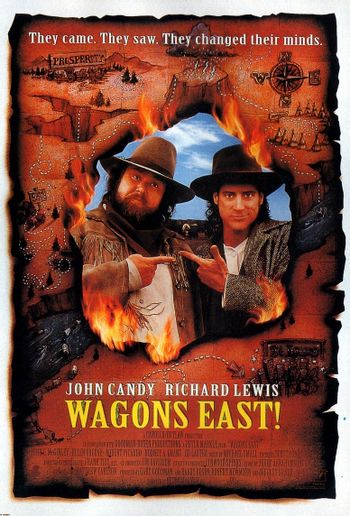 Wagons East! is a 1994 western comedy starring John Candy (who died during filming) and Richard Lewis. It's about a group of settlers who can't stand living in the wild west and hire an incompetent wagon master to take them back East. Along they way, they have to face Sioux, the American Cavalry, and a gunslinger hired by an evil railroad baron.