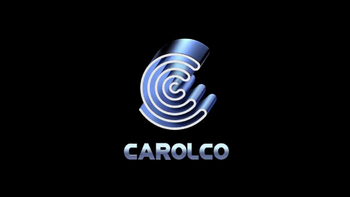 Carolco Pictures is a production company started by Mario Kassar and Andrew G. Vajna back in the late 1970's. Beginning in producing a couple of AIP films (such as the 1976 science fiction thriller Futureworld) in addition to a bunch of ITC Entertainment films (such as the 1977 thriller The Domino Principle) and Canadian films (such as the 1979 comedy The Silent Partner), they eventually worked their way up by producing First Blood in 1982. Financing their productions through international sales, they created a model in which their films often had high budgets and gave the actors a handsome sum for their services. A few of their movies even broke records for the highest budgeted movies ever (1985's Rambo: First Blood Part II cost $44 million, 1988's Rambo III cost $63 million and 1991's Terminator 2: Judgment Day cost $102 million, the first film to break that mark). They also had a limited television presence, via the occasional TV-movie, as well as ownership of syndication firm Orbis Communications, which distributed both the 1990 incarnation of The Joker's Wild and the John Davidson version of The $100,000 Pyramid; they sold Orbis to Multimedia Entertainment (the people who brought us Donahue and Jerry Springer); that company was subsequently acquired by Universal in 1996 (and thus dooming Joker and Pyramid to legal limbo, as the other versions of those shows are owned by Sony Pictures Television). They also distributed the Hemdale library on television. In 1990 they established a short-lived joint venture with New Line Cinema called Seven Arts, which mostly distributed Carolco's lower-budget films and some art-house pictures.

Despite their success, the high costs and the company's spending sprees (they also broke into television production, home video distribution and owned a studio formerly owned by Dino de Laurentiis in North Carolina) caught up with the company. Vajna left to start his own production company, Cinergi, and Kassar began to spend more to make more. Two 1995 productions, Showgirls and Cutthroat Island, sealed the company's fate as both films cost a combined $140 million and grossed just a combined $30 million. While Showgirls turned a major profit on home video, Carolco had sold the film's rights in pre-production.

In 1996, the French broadcaster Canal+ paid $58 million to acquire Carolco. That channel's movie studio, StudioCanal, now owns the rights to virtually all of Carolco's library; with the exceptions of Showgirls (United Artists and Pathé), Stargate (the film is owned by StudioCanal as they co-produced, but Metro-Goldwyn-Mayer owns the rest of the franchise), Cliffhanger (TriStar), and Last of the Dogmen (producer Joel B. Michaels). Paramount owns American TV distribution to most of the Carolco library (thanks to acquiring Worldvision Enterprises in 1999, which had a deal with Carolco struck in 1991; Paramount retained Worldvision's theatrical movie collection despite CBS taking away the rest of Worldvision's library with the 2005 CBS/Viacom split), with Trifecta Entertainment and Media handling distribution for broadcast television, and Sony and Rialto Pictures handle theatrical re-releases. Video releases are frequently handled by Lionsgate due to having acquired Artisan Entertainment, which had a close relationship with Carolco in the early 90s (indeed, Carolco owned a stake in Artisan's predecessors, IVE and Live Entertainment)

Kassar and Vajna later got back together for a few productions under the C2 Pictures name.

Around 20 years after its closure, Carolco's name and logo were bought by Alex Bafer, who renamed his own Brick Top Productions to carry the Carolco name, even bringing Mario Kassar on as chief development executive.....at least until 2017, when StudioCanal and Carolco reached an agreement whereby StudioCanal would have sole control of the Carolco name and logo and the Carolco Pictures company will be renamed to Recall Studios. This settled a legal dispute over the Carolco mark brought by StudioCanal. The arrangement went into effect on November 29 of that year. The details of which can be seen here

Sylvester Stallone and Arnold Schwarzenegger were regulars for the Carolco brand. Jerry Goldsmith scored the company's fanfare and releases were mostly distributed through TriStar Pictures (though their last films were released by MGM).

Useless trivia: the correct pronunciation of "Carolco" is "cuh-ROLL-co".

Films produced by Carolco Pictures include: