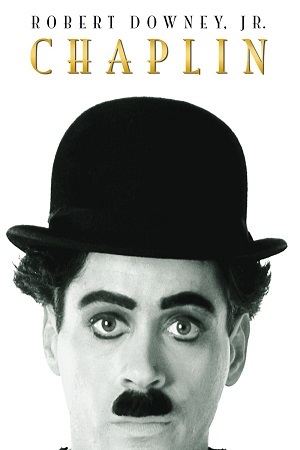 "If you want to understand me, watch my movies."
Advertisement:

Chaplin is a 1992 biopic, directed by Richard Attenborough, about the life of Charlie Chaplin, one of the giants of silent-era cinema. Based in part on his 1965 autobiography, it follows him from his impoverished childhood in England, to his early career in vaudeville, which brought him to America, and through his journey to become one of the most pivotal and iconic figures in early Hollywood. It also follows his personal life, through multiple marriages, personal instability and an antagonistic relationship with the FBI, which resulted in him being banned from the US in 1952.

The film was one of Robert Downey Jr.'s earliest starring roles earning him critical acclaim and his first Academy Award nomination. Geraldine Chaplin played her own grandmother Hannah, and was nominated for the Best Supporting Actress Golden Globe.