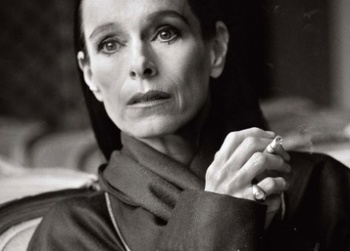 She started her career through dance and modelling, and her big break came with David Lean's Doctor Zhivago, which earned her a Golden Globe nomination for Best Newcomer in 1965. She built herself a long, prolific and acclaimed career, especially in French and Spanish cinema. She's fluent in both Spanish and French.

She is the fourth child of Charlie Chaplin, her mother is Oona O'Neill (Charlie's fourth and last wife), and she is the mother of fellow actor Oona Chaplin.

Tropes associated with the actress: