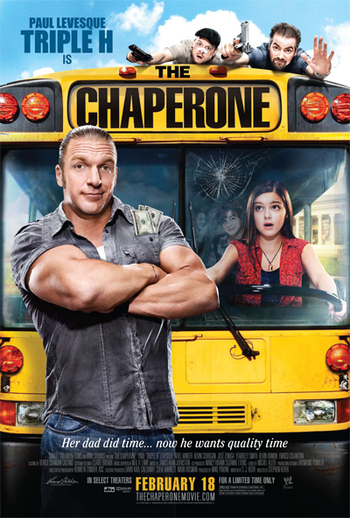 A 2011 film by WWE Studios, starring Triple H as Ray Ray Bradstone. Ray is fresh out of prison after 7 years of listening to Dr. Marjorie and trying to become a better person. Once out, he'd like nothing more than to reconnect with his estranged wife, Lynne and his daughter, Sally. Sadly it's too little too late as they've both built good lives without him and even have a new male figure in the form of Marvin, Lynne's boyfriend.

Stopping at nothing to clear the air with his daughter, Sally, he goes on her class trip as the chaperone. But things are even more complicated when Ray's past keeps coming back to haunt him in the form of Larue, who abandoned Ray seven years earlier to rot in prison alone. The story of a struggling man trying to be a father to his little girl, rid himself of his past, and keep his daughter safe from said past.