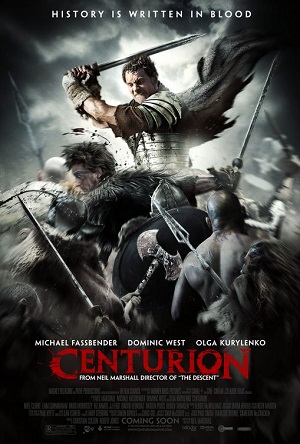 "I AM A SOLDIER OF ROME! I WILL NOT YIELD!"
—Centurion Quintus Dias
Advertisement:

Centurion is a 2010 film written and directed by Neil Marshall, the director of Dog Soldiers, The Descent and Doomsday, and starring Michael Fassbender.

The film explores the possible fate of the Legio IX Hispania, or the legendary Ninth Legion, that mysteriously disappeared from Roman records in the early second century AD, for no given reason.