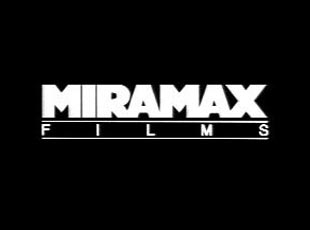 Jay: Miramax? I thought they only made classy pictures, like The Piano or The Crying Game?
Brodie: Yeah, well once they made She's All That, everything went to Hell.
— Jay and Silent Bob Strike Back (a Miramax film)

Founded by brothers Harvey and Bob Weinstein in 1979, Miramax Films was a film and television distribution company known for their library of many, many critically-acclaimed films. In its heyday, the studio was notorious for specifically creating Oscar Bait Movies and releasing them one after the other in order to appear to be the studio that "gets the most Oscars." They have released such Oscar-winning and Oscar-nominated films as My Left Foot, The Crying Game, The Piano, Pulp Fiction, The English Patient, Good Will Hunting, Shakespeare in Love, The Cider House Rules, Chicago, Gangs of New York, The Hours, Cold Mountain, The Aviator, No Country for Old Men and There Will Be Blood. (The last two released through the label after Harvey and Bob left.) However, they also produce movies that are not considered Oscar Bait, such as The View Askewniverse. This is the very company that launched Quentin Tarantino's career as a director, producing the above mentioned Pulp Fiction as well as Reservoir Dogs, Kill Bill and Jackie Brown. It also released many action, thriller, and horror films, such as Scream (1996), Scary Movie, Halloween H20: Twenty Years Later, and Spy Kids (their only movie to receive a family-approved seal by The Dove Foundation), all of which were released under Dimension Films, Miramax's brand for genre films.

Originally an independent company (relying on Live Entertainment, HBO Video and Paramount, among others, for home distribution), the company was purchased by The Walt Disney Company on June 30, 1993. Although the Weinsteins continued operating the company independently under Disney, the latter still had the final say on what would be released.note Good examples of this include Kids (which wound up being released unrated under Shining Excalibur Films, which was a one-off label), Dogma and Fahrenheit 9/11 (both under Lionsgate). On September 30, 2005, the Weinsteins left Miramax (and Disney as a whole) to start another company known as The Weinstein Company, which the Dimension Films brand was moved to. This dealt a major blow to Miramax as a whole, as they no longer had their main powerhouses at hand; after distributing some more films time to time, in 2010 Miramax and its film library was then sold to Ron Tutor and his company Filmyard Holdings, only for it to be sold in 2016 to beIN Media Group, which had been formed in 2012 as a spinoff of Al Jazeera's sports holdings. In December 2019, the newly reunited ViacomCBS announced a deal with beIN to acquire 49% of Miramax. With it, Paramount will gain worldwide distribution rights to the studio's films, and will invest in new content based on existing Miramax IP. Currently, Lionsgate now holds the home video rights to the Miramax catalog in the USA, and StudioCanal distributes those films overseas. Lantern Entertainment (the successor to The Weinstein Company) holds the rights to make any sequels to Miramax properties.

It's infamous for often cutting and/or delaying foreign films they bought the rights to, such as Hero, Gandahar, and The Thief and the Cobbler.

Films produced and/or distributed by Miramax: