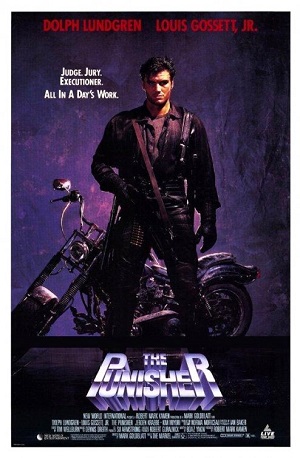 The first film adaptation of The Punisher, released in 1989.

After Frank Castle's (Dolph Lundgren) family was killed by organized crime, he started a war on them as the vigilante known as The Punisher. His work causes the New York crime families appear weak, and a Mob War between them and the Yakuza breaks out, who try to muscle in on their turf. Caught between the crossfire, Frank has to shoot a whole lot of bad guys to make things right.