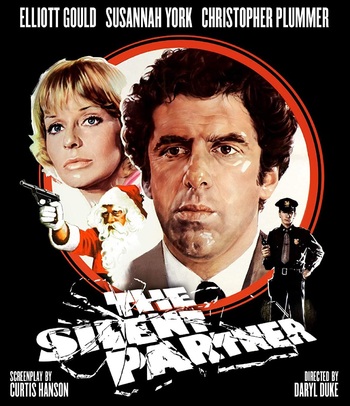 Miles Cullen (Gould) is a bank teller realizes the bank is about to be robbed after noticing a Mall Santa casing the joint. Cullen secretly steals money from the bank before the robbery, and fakes giving it over to the robber when he finally makes his move. However, the robber, psychopathic career criminal Harry Reikle (Plummer), realizes this and starts trying to intimidate Cullen into giving him the money. This leads to a dangerous cat-and-mouse game between the two thieves.