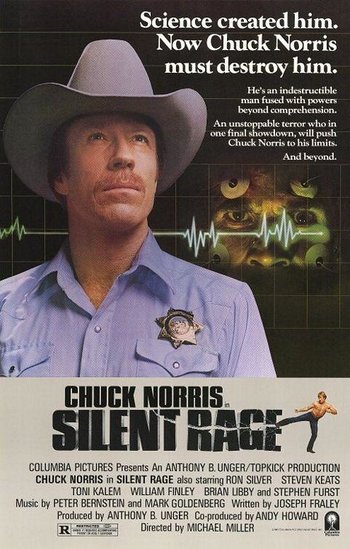 Not your typical "Chuck-Norris-beats-up-everyone" picture.
Advertisement:

Silent Rage is a science fiction/horror thriller from 1982, directed by Michael Miller and starring Chuck Norris and Ron Silver.

After helping to stop a murderous madman John Kirby (Ron Libby), Sheriff Dan Stevensnote (No, not him.) (Norris) is forced to stop him again after he is accidentally turned into an unstoppable killer by experimental science.