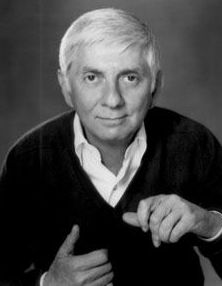 Spelling was born in Dallas, Texas. His father was an immigrant from Russia and his mother was an immigrant from Poland. Aaron spelling served in the United States Army Air Forces during World War II. He entertained on a troop ship and eventually wrote for Stars and Stripes. A wound from a sniper left lasting damage to one hand and earned him a Purple Heart. After the war, he attended Southern Methodist University where he won an award for the best original one-act play and was only student to direct a major play in the history of SMU. After graduating in 1950 and spending a few years directing plays in the Dallas area and trying less than successfully to make his way on Broadway, Spelling moved to Hollywood.

In 1954, he sold his first script to Jane Wyman Presents The Fireside Theatre. Spelling also wrote episodes for Dick Powell's Zane Grey Theatre, Playhouse 90, and Wagon Train, among other shows. He also worked minor roles as an actor, including parts in Dragnet, I Love Lucy and Gunsmoke. After he wrote his first pilot he became a producer for Four Star Television, where he created The Lloyd Bridges Show (1962-63), Burke's Law (1963-66), Honey West (1965-66), and helped develop The Smothers Brothers Show (1967-75).

After Powell's death, Spelling left Four Star Television in 1966, forming Thomas-Spelling Productions with Danny Thomas. Their first success was with the television show The Mod Squad. During its five year run, The Mod Squad earned six Emmy Award nominations, including one for outstanding dramatic series of the 1969-70 season. Spelling and Thomas produced two 1960s series for Walter Brennan, both on ABC: The Tycoon; and The Guns of Will Sonnett. He also began collaboration with associate producer Shelley Hull, who, in addition to Mod Squad, worked with Spelling on The Rookies and Charlie's Angels. Hull also worked with Spelling in 1976 on the successful ABC movie The Boy in the Plastic Bubble, starring a young John Travolta. Spelling directed only once, on "The Conchita Vasquez Story," a 1959 episode of Wagon Train.

Spelling found success in almost every genre, including westerns, police shows, family drama, escapist anthology, glossy adult soap opera and youth-oriented soaps. Among the recurring thematic features that characterized Spelling's productions over the years were socially relevant issues such as the disaffected militant youth of the 1960s, the institutional discrimination against women, racism, and homophobia; altruistic capitalism; conspicuous consumption and valorization of the wealthy; the optimistic, moralistic maxims that people can be both economically and morally successful; good ultimately triumphs over evil; the grass often looks greener but rarely is; and the affirmation of the "caring company" work family as well as the traditional kinship family. Stylistically, his productions typically included high key lighting, gratuitous displays of women's bodies, heavily orchestrated musical themes, lavish sets, and what Spelling himself thought was the most important thing in television—"style and attention to detail."

Spelling never quite had the same success in cinema that he did with television, although he did give some early exposure to Julia Roberts - Spelling produced the film Satisfaction (one of the few big-screen ventures for NBC).

In 1999, Spelling was listed in the Guinness Book of Records as the world's most prolific producer of television drama. According to Guinness' calculations, by that time Spelling had produced 3,842 hours of television — enough to fill about 3½ years of prime time seven nights a week without any reruns. Spelling won two Emmys in his career, and of all his projects, he said he was proudest of 7th Heaven with Stephen Collins and Catherine Hicks, for its presentation of a family he describes as "not at all dysfunctional". His estate has remained profitable following his death in 2006. Spelling was named to Forbes' list of Top-Earning Dead Celebrities in 2009.

The Spelling Entertainment Group library was split due to the Viacom breakup of 2006. Its film library, not only including the Republic Pictures library but also including other films once distributed by National Telefilm Associates (except for the pre-1949 20th Century Fox library, which NTA only had a now-expired license to syndicate on TV and is now owned by Disney) and films inherited from Taft Entertainment, lies with Paramount through its in-name-only unit Melange Pictures. CBS Studios, previously known as CBS Paramount Television and CBS Television Studios, owns the Spelling Entertainment Group TV library under another in-name-only unit, Spelling Television (barring any produced with Columbia Pictures Television- those are now with Sony Pictures Television), which not only includes Spelling's own productions but also acquired properties like the QM Productions library, the pre-1973 ABC and NBC libraries (much of which is TV syndication rights only, with some exceptions like Bonanza, which CBS holds lock, stock and barrel except for the copyright, which remains with original production company NBC except for a handful of episodes that fell into the public domain), and other shows inherited from Taft Entertainment. As of 2019, the content library of Spelling Entertainment Group has been re-united with the merger of Viacom and CBS into the present-day Paramount Global.

US home video rights to the former Spelling Entertainment Group library have been fractured since 2006. Most of the film library was from 2006-12 distributed on US home video by Lionsgate under a new deal that succeeded one that lasted from 1998-2005 originally signed by Artisan Entertainment, which merged with Lionsgate in 2004. Since 2012, the film library has been released on home video by Olive Films, except for It's a Wonderful Life which Paramount handles in-house. Home video rights to the TV library are nominally held by CBS Home Entertainment with distribution by Paramount. However, some of the TV titles in the Spelling library have been instead released manufactured-on-demand by CBS without Paramount's involvement or licensed out to Canada-based home video distributor Visual Entertainment Inc. (in the latter case, examples include Barnaby Jones and The Mod Squad, though initial releases of both shows came from CBS/Paramount).

Spelling has appeared as a character in two works. In 2004, Spelling was portrayed by Dan Castellaneta in the NBC TV movie Behind the Camera: The Unauthorized Story of Charlie's Angels. The following year, he was portrayed by Nicholas Hammond in the ABC TV movie Dynasty: The Making of a Guilty Pleasure.

Had his own personal pinball machine (a converted Lethal Weapon 3 table), a gift from his wife and family. He was married to Carolyn Jones from 1953 to 1964.