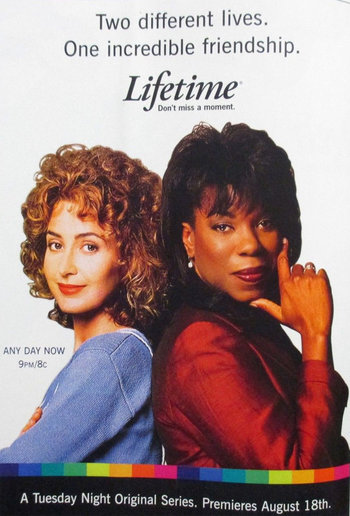 The series focuses on the longtime friendship of Mary Elizabeth "M.E." O'Brien (Potts as an adult, Middleton as a child) and Rene Jackson (Toussaint as an adult, Perry as a child), who met and grew up together in the slowly desegregating 1960s South amid the strife going on during that time. In addition to the ups and downs of the marriage of Mary Elizabeth and her childhood sweetheart Collier Sims (Mulkey as an adult, Dan Byrd as a child), they also have to contend with M.E.'s parents' and older sister's ignorant views on race (though they get better), her card-carrying racist klansman Uncle Jimmy and her big brother Johnny serving in The Vietnam War.

The series was seen as a complimentary show of fellow Lifetime original Series The Division and Strong Medicine. It ran for four seasons from August 18, 1998 to March 10, 2002.