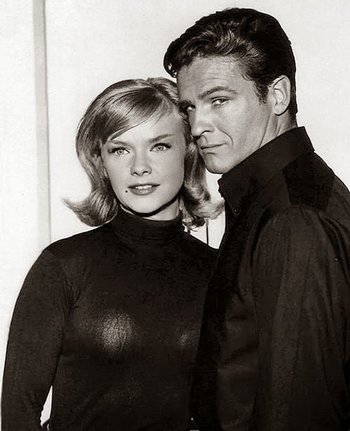 Honey West is an American crime drama that aired for one season of thirty episodes on ABC in 1965 and 1966. The show was spun off from the Burke's Law episode "Who Killed the Jackpot?" and based on a series of novels by Forest and Gloria Fickling. It stars Anne Francis as the owner of a high-tech private detective firm, where she works with her partner Sam Bolt (John Ericson).