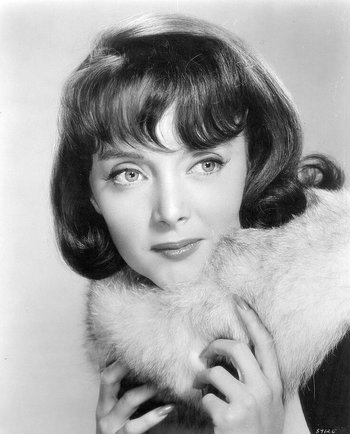 "I'm in love with everything about show business. The only thing that ever came easy to me in life has been acting."
Advertisement:

She is probably best remembered as the first actress to portray Morticia Addams in the 1960s series The Addams Family.

Producer Aaron Spelling was her third husband. She passed away at age of fifty three from colon cancer. Her onscreen Addams husband, John Astin, gave the eulogy at her funeral.