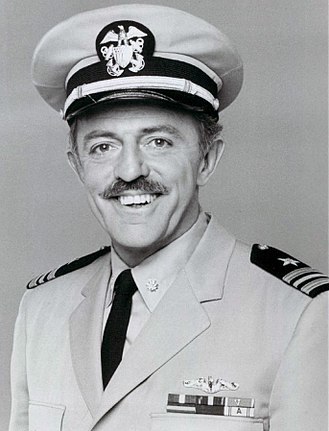 "My work is to reach people with ideas, hopes, dreams, encouragement, insight, and revelation. That's what an actor wants to do."
Advertisement:

John Allen Astin (born March 30, 1930) is an American actor, voice actor, and director best known for playing Gomez Addams; as such, he was later typecast as a player of cheerful eccentrics.

He was married to Patty Duke for a while and is the official adoptive father of her son with another man, Sean Astin. He had another son with her, Mackenzie Astin, who is also an actor. He has three sons named David, Allen and Tom from a previous marriage to Suzanne Hahn. He is currently married to Valerie Ann Sandobal.

In his old age, when he is not acting, he is a professor of acting and theater at Johns Hopkins University, his old alma mater.