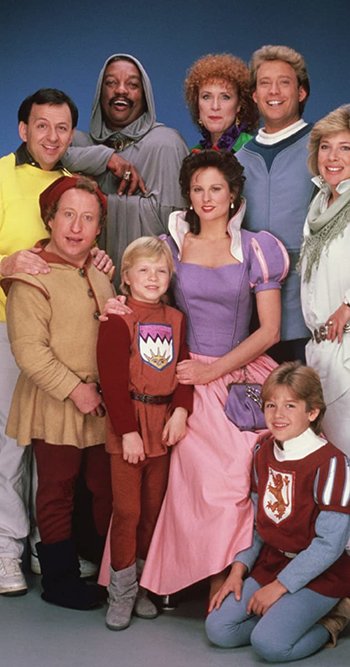 Snow White married Prince Charming and started a family. The evil witch-queen sent them to enchanted sleep until present-day America. She and a dwarf named Luther get sent forward the same way. Result? A Fish out of Temporal Water Sitcom, which aired on ABC in 1987–88.