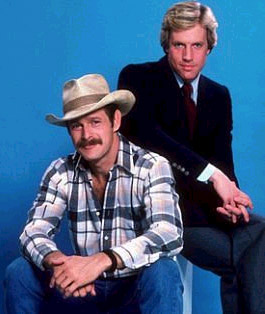 Enjoyable 80s detective drama set in San Diego, California. Brothers Rick and A.J. Simon are partners in a private detective agency. They are polar opposites: bad boy Rick is a street-smart former Marine and Vietnam vet who has friends in low places and a love for cheap pleasures; golden boy A.J. is a book-smart college graduate, a former Vietnam protester (he wanted his big brother to come home safe) whose tastes run to the more upscale. Rick drives a beat-up old pickup truck, adheres to a casual dress code (including his ever-present cowboy hat) and lives on a boat parked on a trailer in A.J.'s yard with his dog Marlowe; A.J. drives a series of classic sports cars, has a yuppie wardrobe and lives in a tasteful little house near the water.